The dangers of ill-advised posts on social media sites were at the centre of a recent employment tribunal hearing.

What is more the Tribunal found that the dismissal of the long-serving employee with an exemplary record was fair. 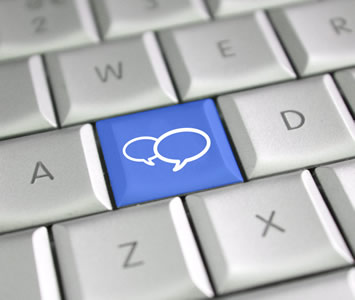 The case of Plant v API Microelectronics Ltd was heard in Norwich in March 2017.

The employee in question had made derogatory comments on Facebook about her employer and the Company she worked for had a policy about such matters, which contained examples of unacceptable social media activity, including placing comments online that could bring the company into disrepute.

The policy made it clear that any breach of the policy could lead to disciplinary action, including dismissal in serious cases.

?It may be seen as harsh but the respondents taking account of the claimant?s long service and clear record nevertheless dismissed for a clear breach of the policy and that would fall within the range of a reasonable response open to an employer.?

In response to news about a possible relocation of the Company premises, Mrs Plant posted ?PMSL [pissing myself laughing] bloody place I need to hurry up and sue them PMSL.?

She was then called to a disciplinary hearing, where her defence was that she did not realise that her Facebook page was linked to her employer?s technology, and that she did not accept that the comment was aimed at the company.

Mrs Plant accepted that her comment was in breach of the employer?s social media policy. She did not review her Facebook profile when the policy was introduced, and there was nothing to stop family and friends from forwarding her comment on to a wider audience.

The decision was dismissal having taken into account the derogatory nature of the comment, and the absence of an adequate explanation from her.

The decision was upheld on appeal, despite Mrs Plant?s arguments that dismissal was unfair given her long service, clean disciplinary record and lack of computer literacy.

The Tribunal held that the employer?s decision to dismiss was fair and accepted that the employer had reasonable grounds for believing that Mrs Plant committed misconduct, after a reasonable investigation. Mrs Plant was given the opportunity to provide an adequate explanation, but failed to do so at the disciplinary and appeal hearings.

In rejecting Mrs Plant?s claims for unfair dismissal, the Tribunal understood that the decision to dismiss a long-serving employee with a clean record could be seen as overly harsh but it concluded that dismissal was still within the band of reasonable responses open to reasonable employer.